Globes — UAE low-cost carrier flydubai launches its Tel Aviv – Dubai flights later this month with Israir Airlines and Tourism Ltd. and Arkia starting daily flights next month and it is only a matter of time before El Al Israel Airlines Ltd., Emirates and Etihad Airways get in on the act.

This week flydubai flew Israeli tourists to Dubai on a special charter flight. While there is much focus on the UAE as an attractive destination for Israeli tourists, there is less talk about the huge potential for bringing Emiratis to Israel, especially religious tourists to see the sacred Muslim sites in Jerusalem.

The potential becomes even greater when adding Bahrain and Sudan to the equation, not to mention the long list of Arab countries considering normalizing ties with Israel, and then the entire Muslim world. “These are processes that transform the status of Israel in the Middle East and the entire world,” says Dr. Shahar Shilo from BGU’s Department of Tourism and Hotel Management and tourism manager for the Har Negev Regional Council.

Dr. Shilo thinks that a change in relations with Saudi Arabia could have broad significance and make Israel a legitimate country to visit. “Most of the world’s Muslims are not Arabs. Arabs make up only about 20% of Muslims worldwide and most of these Muslims have no dispute with Israel but they have refrained from coming here for other reasons.

“Muslim countries tend to fall in line with Saudi Arabia because of entry visas and not wanting to lose access to the holy sites in Mecca for their citizens that want to make the haj pilgrimage  there. If and when Saudi Arabia changes its relationship to Israel, and also due to its relations with Iran, we will see tourists flocking here.”

According to the UN World Tourism Organization (UNWTO), in 2050 Muslims will comprise half of the world’s tourists.

Dr. Shilo notes, “Israel can also benefit from this growth as long as the attitudes of the Arab countries changes. Between 2017 and 2019, 100,000 Muslim tourists visited Israel, a large part of them pilgrims from Turkey as well as tourist groups from Indonesia.”

He continues, “The potential for incoming Muslim tourists does not end with the Arab countries but extends to Asia. But you need two to tango and Israel needs to put an emphasis on the product that it can offer Muslims and they need to want to come and visit and feel comfortable.

“Every tourist will want to visit the holy sites of the Al Aksa Mosque and Dome of the Rock and many will also want to combine it with a visit to liberal Tel Aviv. In addition to the religious sites, Israel is a western country that can be an excellent entertainment destination for the secular Muslim,” says Dr. Shilo.

He notes, “Two years ago the Ministry of Tourism conducted a survey among those who come to Israel for the Tel Aviv Gay parade. It turns out that 80% of them visited the historical and religious sites in Jerusalem. And that is the most important product that Israel has to offer, the combination of heritage and permissiveness.

“The LGBT Muslim community is also an interesting target as well as secular tourists seeking a destination in which they can walk around holding hands without any problems.” 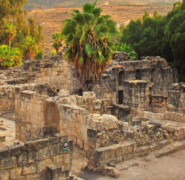