Possible Cause of Alzheimer’s Discovered

Possible Cause of Alzheimer’s Discovered

"Mother’s Family History Could Lead to Preterm Birth"
Next Article

"IVF Babies Are More Likely to Get Cancer"

Ben-Gurion University of the Negev researchers have determined that the protein SIRT6 is almost completely absent in Alzheimer’s disease patients and likely contributes to its onset. Dr. Debbie Toiber in her lab

According to the study, published last month in Cell Reports, one of the key components in this DNA repair process is the protein SIRT6. BGU researchers have determined in mouse models that high levels of SIRT6 facilitate DNA repair while low levels enable DNA damage accumulation.

The researchers also tested their hypothesis on neurodegenerative diseases besides Alzheimer’s, and found that a deficiency of the SIRT6 protein was also present in patients.

According to lead author Dr. Deborah Toiber of the BGU Department of Life Sciences, “If a decrease in SIRT6 and lack of DNA repair is the beginning of the chain that ends in neurodegenerative diseases in seniors, then we should be focusing our research on how to maintain production of SIRT6 and avoid the DNA damage that leads to these diseases.”

Dr. Toiber’s lab is one of only a handful worldwide looking at the effects of SIRT6 in the brain, and its connection to neurodegenerative diseases.

The study was supported by the Israeli Ministry of Science and Space. 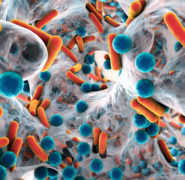