NoCamels – Cockroaches may not evoke much more in most people than maybe fear, but a group of BGU researchers were inspired by the insect’s leg and body movements to build a robot for search and rescue operations.

Named STAR (Sprawl-Tuned Autonomous Robot), the robot is one of several being developed at the University’s Bio-Inspired and Medical Robotics Lab led by Dr. David Zarrouk, a lecturer in BGU’s Department of Mechanical Engineering. The lab specializes in making robot prototypes with several applications, including search and rescue, surgeries, space, and agriculture. The six-legged robot prototypes all feature similar movements in which the legs are angled away from the body to allow it to tackle all types of obstacles. Like cockroaches, the robots can also flatten themselves to slide under narrow openings.

Unlike a cockroach though, if the robots are knocked on their backs they can invert their legs to keep moving, and can be fitted with a ramp to mount cameras or lighting fixtures. 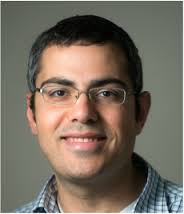 “These features can potentially save lives in search and rescue operations in collapsed buildings,” explains Dr. Zarrouk.

Another robot can climb vertically between two structures and can walk horizontally between two walls, while a third, the RStar, is a smaller version of the STAR and is built for outdoor environments.

“The mechanics of the search and rescue robots,” says Dr. Zarrouk, “are patented as the lab looks for partners to take the innovation forward.”

Dr. Zarrouk’s lab has also developed an innovative type of robotic arm that could be useful in outer space.

The Minimally Actuated Serial Robot, MASR, operates much like a traditional snake robot with many connected motors, except that it only uses two: one to travel along the structure and another to rotate the joint it needs to flex. Dr. Zarrouk says the design is ideal for space applications because it is lightweight and could be used for missions like fixing malfunctioning satellites, and for docking or refueling to increase a satellite’s lifespan. “This unique minimalistic configuration, which can be applied to any serial robot with two or more links, reduces weight, size and cost,” he says.

“The configuration of the MASR robot combines the best characteristics of existing robot technologies to achieve a high level of accuracy and control.

“In addition, the ability to add or subtract up to four links in less than a minute makes it possible to target quick repairs in isolated sections.”

He adds that the robot is easy to operate and would likely have agriculture applications as well, like picking fruit. The lab is experimenting with adding motors to the robot to increase speed and is exploring ways to apply their minimally actuated concept to walking robots.

For the medical field, the Zarrouk lab has developed other types of robots built for use in surgeries and exams.

The single actuator earthworm and inchworm, each with a single motor that coordinates the motion of the cells and clamps, can move rather quickly, at five centimeters per second, and is designed for movement through blood vessels or intestines.

Watch this video of the single actuator robots >>

Meanwhile, the single actuator wave-like robot (SAW) is a battery-powered device that uses wave-like motion to propel forward, climb and reverse. And it can even swim.

Dr. Zarrouk says he is working with medical doctors to further develop the robots while looking for funding to produce versions of them that are small enough to swallow.

This article is excerpted from a story by Ricky Ben-David, a fellow of Americans for Ben-Gurion University’s 2018 Murray Fromson Journalism Fellowship.